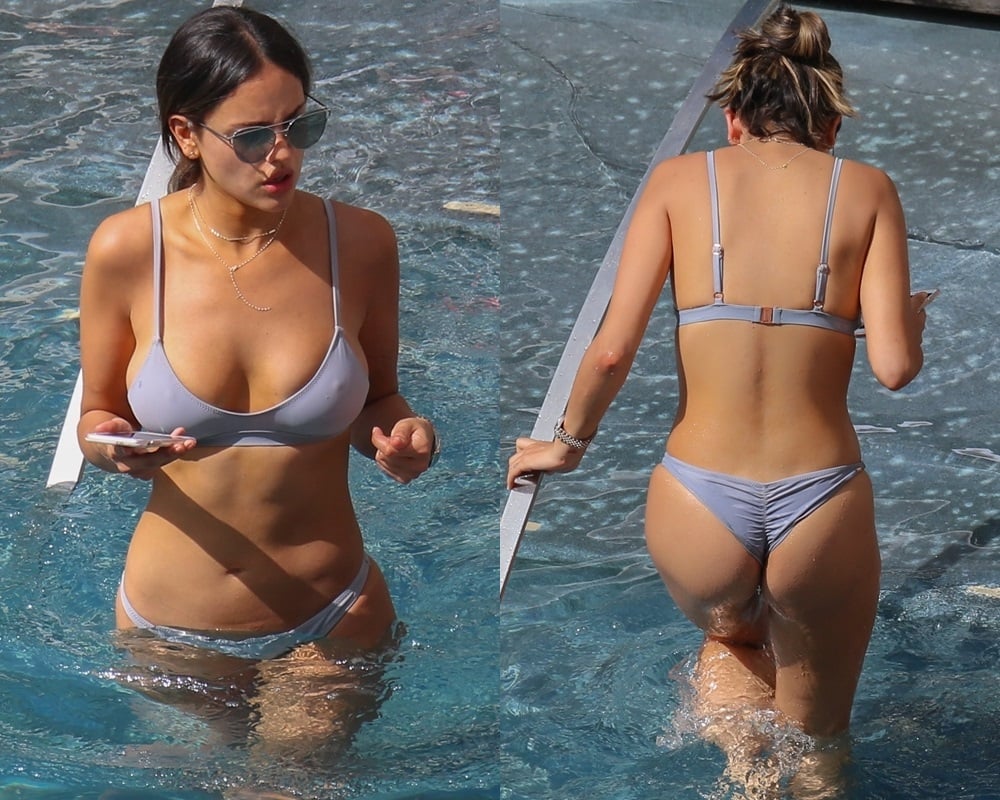 Mexican actress and heathen Hollywood’s latest token Latina “It girl” (as she is set to star in 9 movies over the next 2 years), Eiza Gonzalez brazenly flaunts her bronze body in a bikini in the photos below thus throwing gasoline on an already tense immigration debate.

Yes, the great Satan US of A is a country deeply divided over the issue of illegal immigration. While one side voices concern about the drugs, crime, disease, and disastrous economic effects; the other side worries that they may lose their cheap labor toilet scrubbers and the sense of moral superiority they get by pretending to be compassionate to the plight of people who will not be living in their communities.


This certainly is a sticky situation with no clear path forward… Besides one. The United States must become a holy Islamic caliphate. For when it does degenerate wet back whores like Eiza Gonzalez will be tripping over their sombreros as they scurry back across the border dragging their anchor babies along with them, and there will be no shortage of toilet scrubbers as American women are subjugated back into their proper roles.