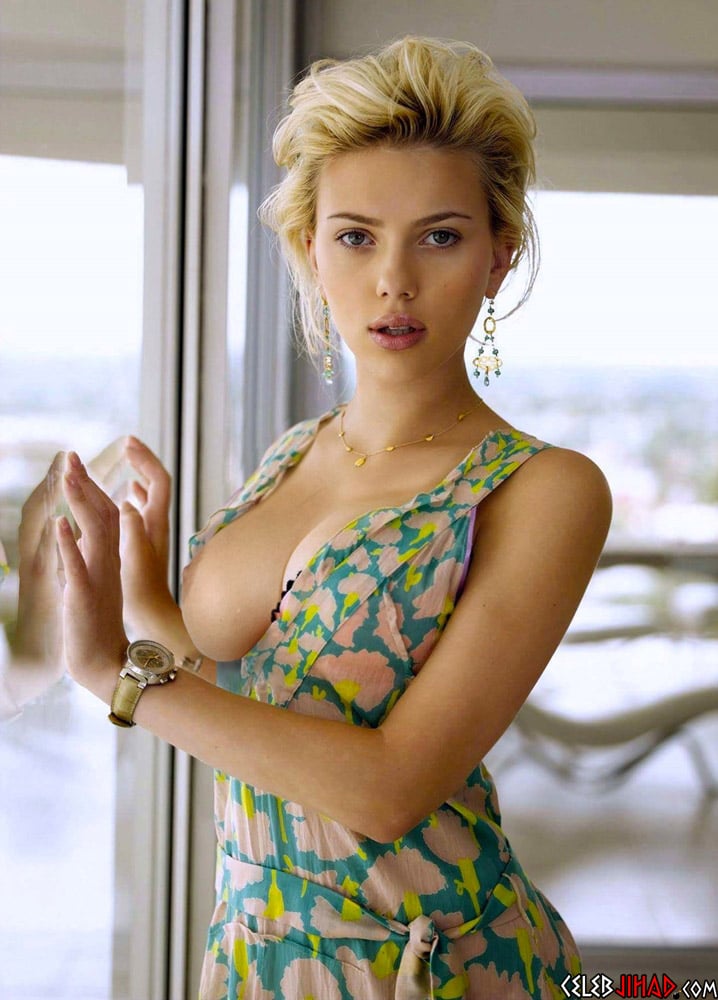 Scarlett Johansson is now the highest paid actress in the world, as she brought in $40.5 million dollars over the last year. To celebrate this momentous achievement, Scarlett appears to take out her high-priced titties in the topless nude photos above and below. 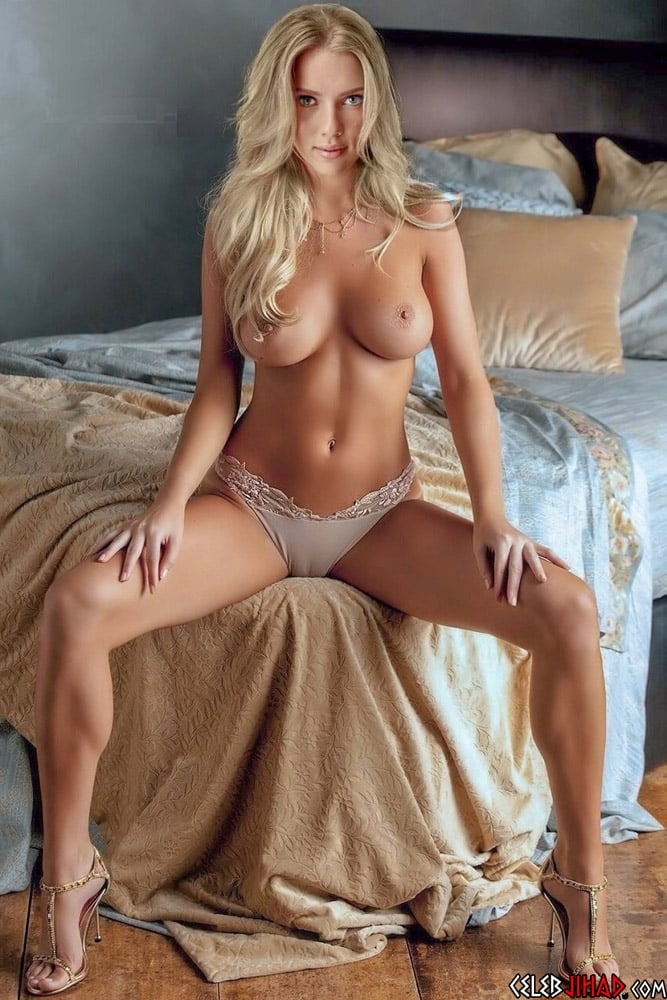 Frankly us powerful Muslims would not pay a single dinar for this decrepit old whore, for at 33-years-old the milk in her breast sacks has soured and her barren womb has nearly turned to dust. 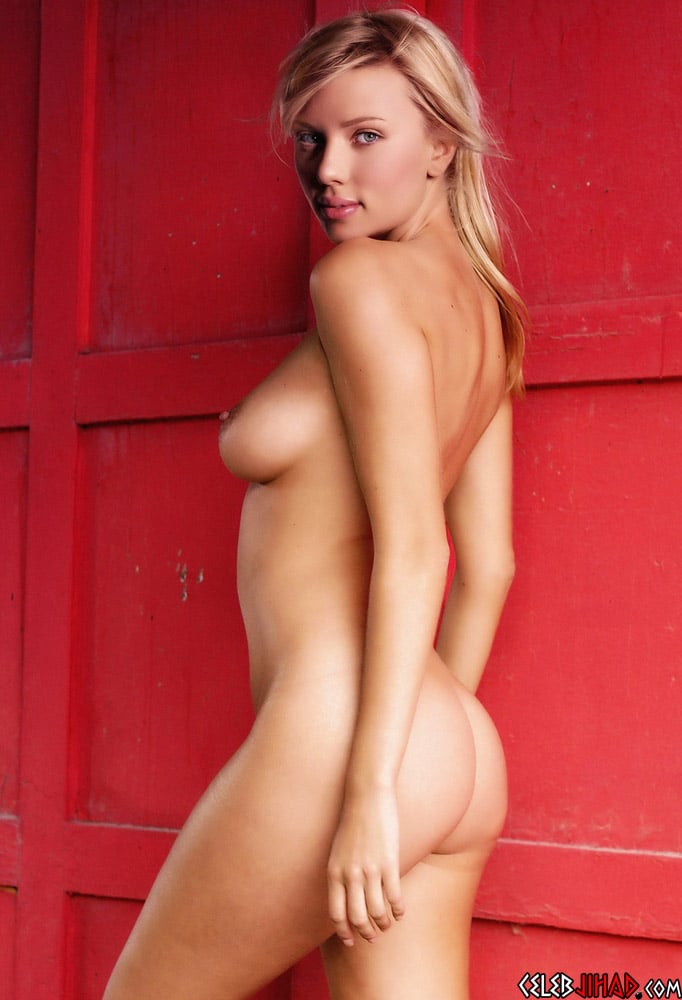 In fact, we all know that only reason Scarlett is getting paid so much is because she is so committed to “auditioning” for Zionist producers. Of course if those dumb hook-nosed hebs had any sense they would pay their shekels to a much younger woman with a tighter rump. For the jiggling from Scarlett’s flabby ass could make a man sea sick while banging her from behind.