European pop star Alexandra Stan loves showing off her rock hard nipples, as she flaunts them in a see through top in the video above and then again in a field of sunflowers in the photos below. 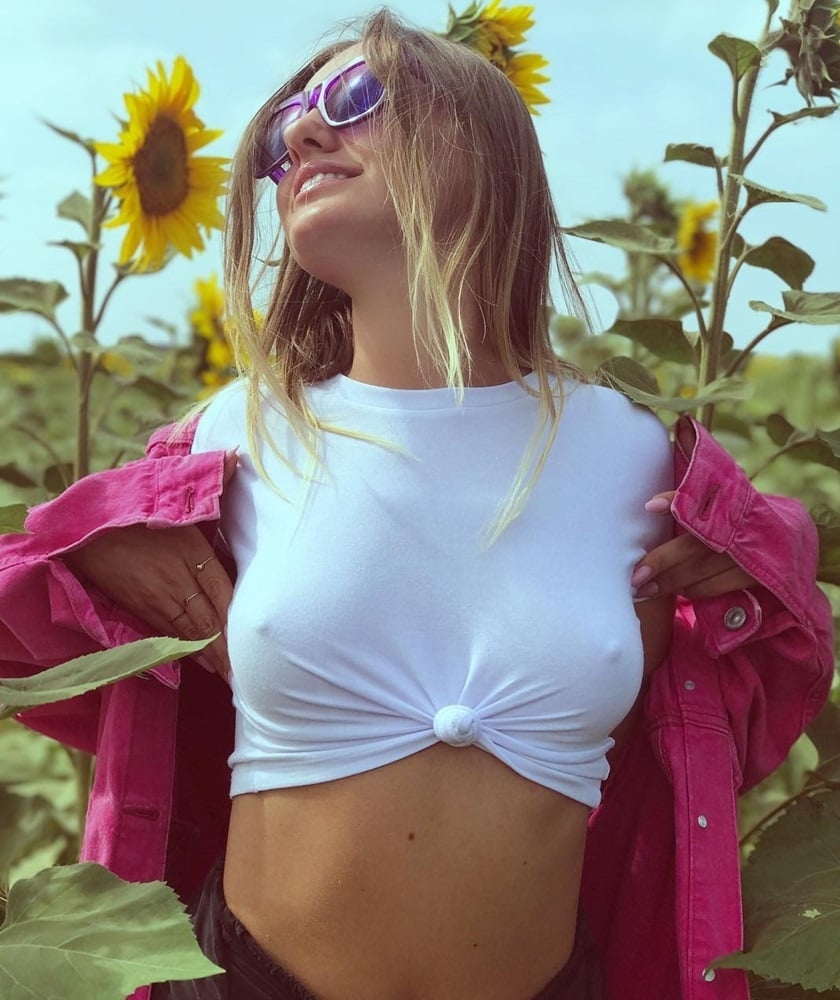 The EU certainly made a wise decision by allowing us powerful Muslim jihadists refugees to invade their lands, for clearly they are in desperate need of the firm hand of Islam to save them from the spiritual and societal destruction whores like Alexandra Stan bring. 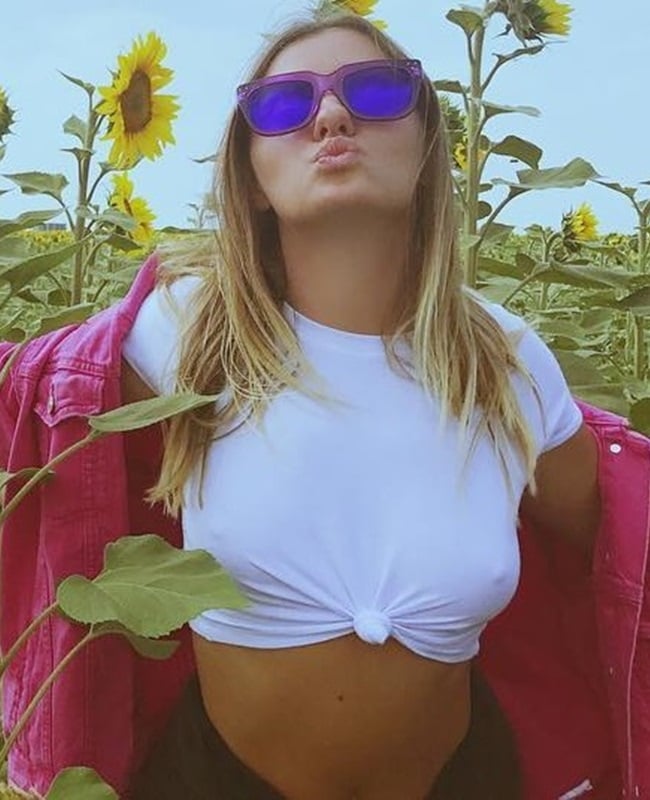