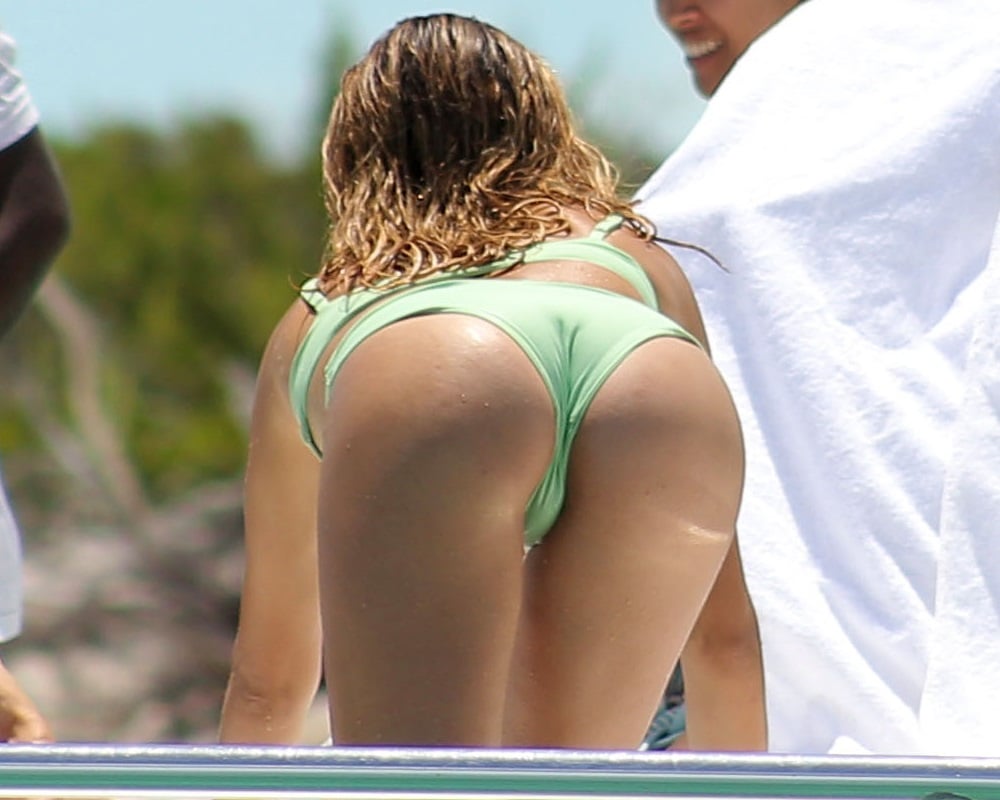 Model Hailey Baldwin flaunts her tight round little ass in thong bikinis in the candid beach photos below.

Us Muslims are extremely disappointed in Hailey Baldwin’s father actor Stephen Baldwin over these bikini pics… For we’d expect this kind of brazenly degenerate behavior out of the vile offspring of Alec Baldwin’s polluted loins and even wouldn’t be surprised by this from Billy Baldwin’s daughters, but frankly we expected a lot more out of Stephen.

Clearly Stephen has to save what little honor his branch of the family tree still possesses by punishing Hailey for her shameful display in these thong bikini pics. As a father myself of 15 daughters (8 of which I didn’t toss into a river at birth) let me impart some advice. Drag Hailey to the local Mosque and flog her on the steps for all to see. Then turn her over to the Imam there and tell him that you want her to receive the “holy Islamic rectal retribution”… he’ll know what that means.