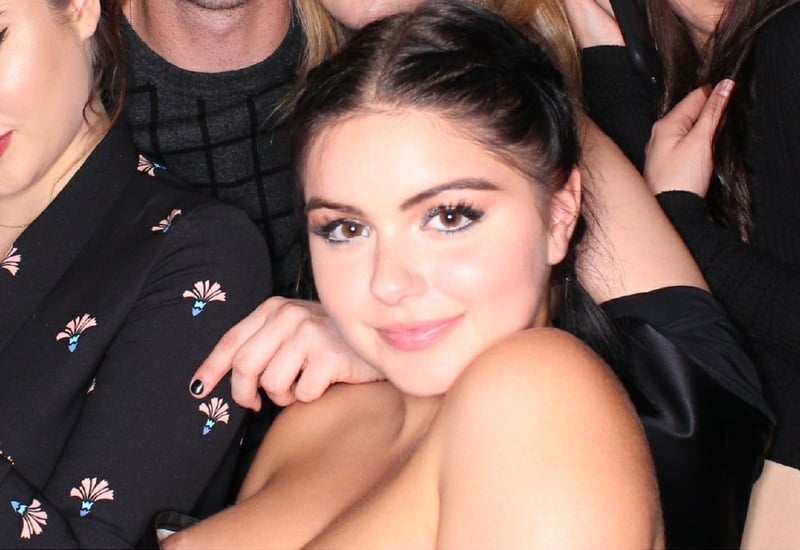 18-year-old “Modern Family” star Ariel Winter accidentally exposes part of her scarred up areola in the nip slip photos below.

As you may recall Ariel Winter famously had her once glorious double G tits chopped down, because her enormous udders were too intimidating to the pathetically impotent homoqueer infidel men. It is certainly unfortunate that Ariel did not run into a virile Muslim diary farmer who would have shown her how easily a real man could handle her massive mammaries before she went off and mutilated them.

Yes instead of living a virtuous life chained up in a barn and being milked dry twice daily by the coarse hands of a Muslim man, Ariel now has a meaningless existence going out to Hollywood nightclubs and flaunting her mangled nipples in the photos below. Certainly Ariel’s story should serve as a cautionary tale to other busty infidel women who may be contemplating squandering their abundant chesticle resources.