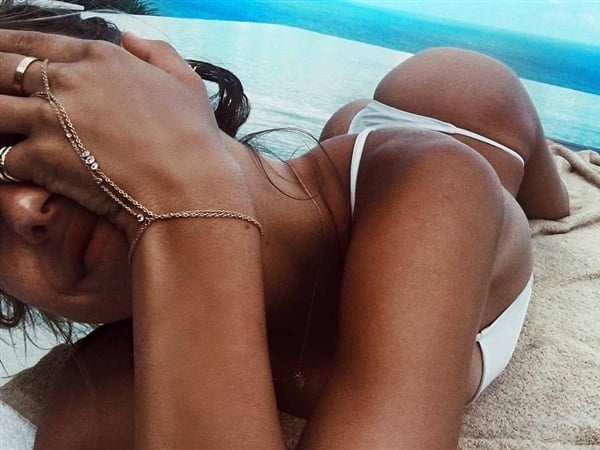 Model Alexis Ren demonstrates her mastery of the thong ass arc in the photos below.

As you can see from these pics, Alexis Ren is one of the most talented and underappreciated models in the Western world. For Alexis has perfected the craft of arching her lover back to accentuate her magnificently formed booty cheeks in a thong, yet she is still not nearly respected enough in the infidel modeling industry which inexplicably relies on the aesthetics of flaming homoqueer fashion designers.

Of course this type of brazen display of female sexuality is normally strictly forbidden under Sharia law, but like with all rules there is always an exception… And Alexis Ren and her tight rump is certainly that exception just as long as she only presents herself like this when she is waiting for a deep dicking in the private desert oasis villa of a powerful Muslim man.