Taylor Swift Out With Her Fake Tits And Fake Boyfriend 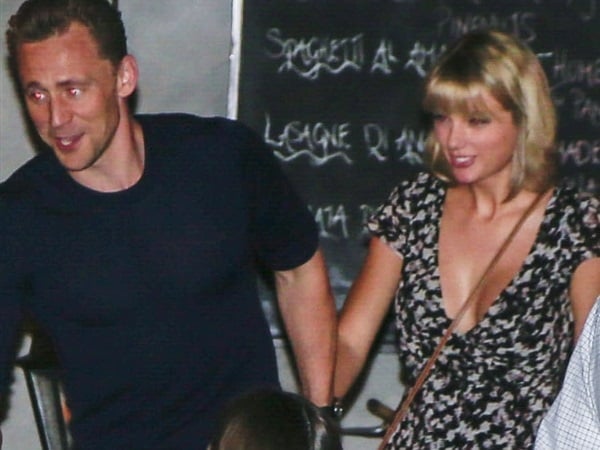 Taylor Swift was out last night showing off her new fake tits and her new fake boyfriend actor Tom Hiddleston in the photos below.

It is the worst kept secret in heathen Hollywood right now that Taylor and Tom’s relationship has been fabricated to boost their respective careers. For despite being a flaming homoqueer Tom is set to land the role of the secret agent ladies man James Bond, if he can raise his public profile and prove to producers that he can pass as a heterosexual in the media. Taylor on the other hand gets to benefit from all the free publicity this new relationship is generating, keeping her “brand” relevant even while she is in-between albums.

Of course this isn’t the first time that Taylor served as a “beard” for an obvious cock jockey, as she also famously “dated” known cob nobblers Taylor Lautner and Jake Gyllenhaal. Taylor is sympathetic to these faggot fudge packers because she is no stranger to homoqueer behavior. In fact, Taylor was a known lesbodyke in her teen days at Hendersonville High School in Tennessee, and she even mistakenly shared a screenshot of a love letter that she wrote to a girlfriend back in the early days of her career.