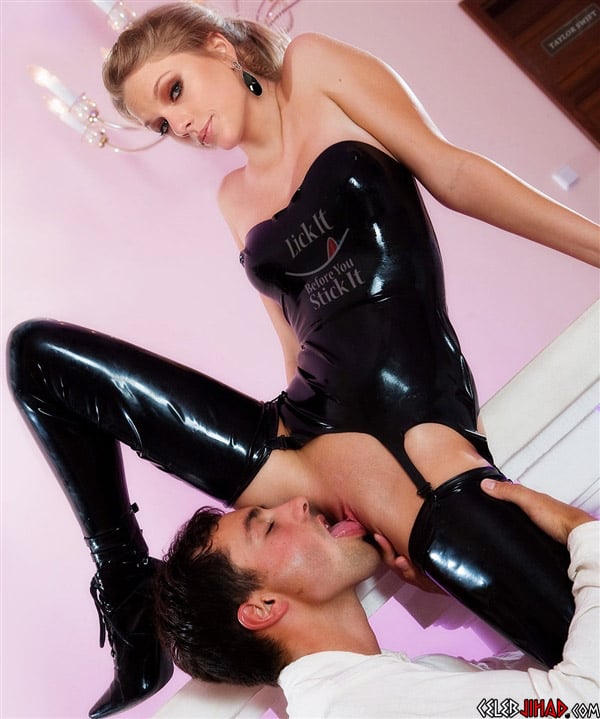 The X-rated cover art for Taylor Swift’s obscene new single “Lick It Before You Stick It” has just been released. As you can see in the photo above and below, Taylor Swift portrays the depraved message of this song by having emasculated infidel men lapping at her diseased sin slit. 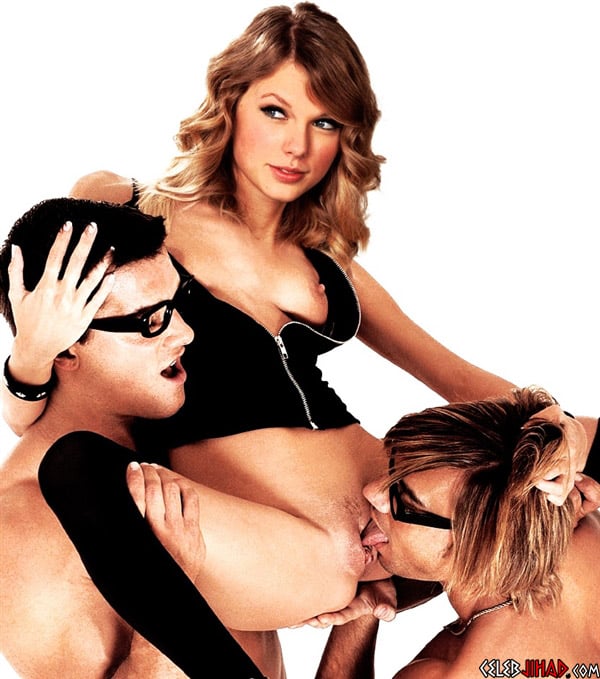 Of course since most infidel men are impotent homoqueers there is no one “sticking it” to Taylor Swift in this cover art. For that type of raw masculine virility could only come from us powerful Muslim men, and we would sooner stick our enormous manhoods in a ham sandwich then Taylor Swift’s nasty immoral cock cave.

Yes Taylor may get these effeminate hipsters to tongue bath her piss flaps, but she will never get a good hard deep dicking out of kuffar males. In fact, the only way that Taylor will ever get her orifices properly filled and stretched will be to travel to the Middle East, convert to Islam, and wear the burka. But she can forget about the whole “lick it” part once here, for in the civilized Islamic world not even a half-starved goat would degrade itself by licking peanut butter out of Taylor’s pussy pouch.