Kylie Jenner Deep Cleavage Is Worse Then The Paris Attacks 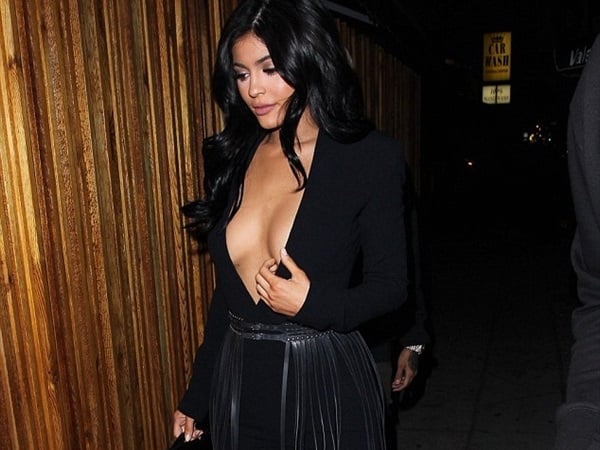 While the Western world was weeping over a few dead Frenchmen this weekend, a truly heinous assault was launched against us pious Muslim people when Kylie Jenner went out in public showing her sinful deep cleavage in an extremely low cut dress.

How can anyone deny that the sight of Kylie’s coal burner teen titties is far worse then anything that happened in the Paris attacks. In fact, how many French would have to die to make up for the existence of just one of the mudshark whores from the Jenner/Kardashian clan? I say 10 million at least!

Yes the French can pretend that they are innocent victims in this so-called “terrorist” attack all they want. However, the truth is that they have participated in the propagating of the Jenner/Kardashian plague by promoting Kanye and Kendall through their degenerate fashion houses, and so they deserve all that they got and more. With Muslim “refugees” (I can’t believe you infidels bought that one) setting up a foothold in Germany, us jihadist warriors will soon gas up our Toyota trucks and launch a full scale invasion of France to subjugate its pussified frog loving populace under an Islamic caliphate.