Selena Gomez Wears No Bra Or Panties In A Cutout Dress 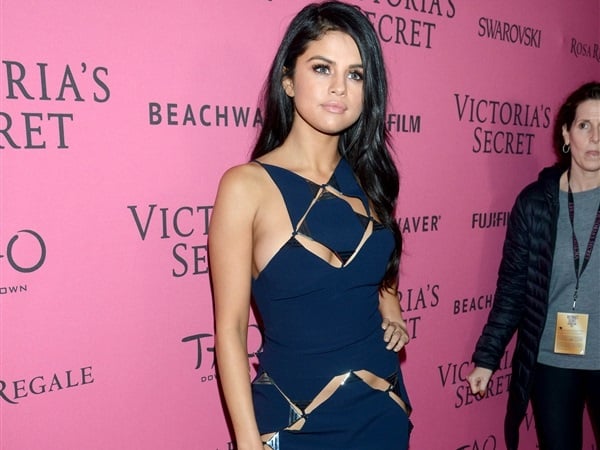 Selena Gomez is clearly wearing no bra or panties in this short cutout dress made out of napkin triangles at the Victoria’s Secret Fashion Show after party in the photos below.

Now that Selena is a blue-eyed white girl these sorts of acts of brazen sluttery are not quite as infuriating. Probably because as a white woman Selena has now jumped quite a few rungs on the “Muslim ladder of attractiveness”, which goes Middle Eastern white Muslim women, Eastern European white Muslim women, all other white women (which now includes Selena), goats, Muslim Asian women, camels, donkeys, Hispanics, ect. ect. all the way down to the naked mole rat and mulatto Jew at the very bottom.

However, Selena Gomez should know that just because she is a white woman now doesn’t mean that she can get away with this sort of immoral behavior. It just means that after her eventual Sharia trial us Muslim men are going to gang rape her before we lapidate her… So I guess she does have something to look forward to.