The Women Of ‘Avengers: Age of Ultron’ Nude Scenes 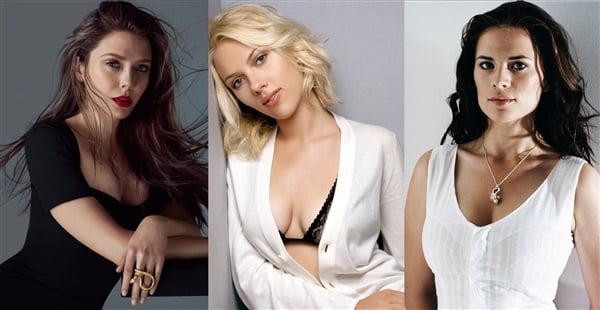 “Avengers: Age of Ultron” made $187.7 million at the domestic box office this weekend and has already made $626.7 million worldwide. A large part of this success can be attributed to the amount of tremendous whores Disney has packed into the film by casting Hayley Atwell as “Peggy Carter”, Elizabeth Olsen as “Scarlett Witch”, and Scarlett Johansson as “Black Widow”.

Of course it should come as no surprise that immoral strumpets like Hayley Atwell, Elizabeth Olsen, and Scarlett Johansson have all appeared nude onscreen in the past, and that as crusaders for decency we have compiled all of those nude scenes in HD into the video below.

Yes after seeing this nude scene compilation video of the women of “Avengers: Age of Ultron” there is no denying that Disney has built their Marvel empire upon the backs of brazen harlots. Let us pray to Allah that a militant strain of gonorrhea hits the set of the next Avengers film, and wipes this cursed franchise out once and for all.