Kylie Jenner Is The Future Of Social Media Whoring 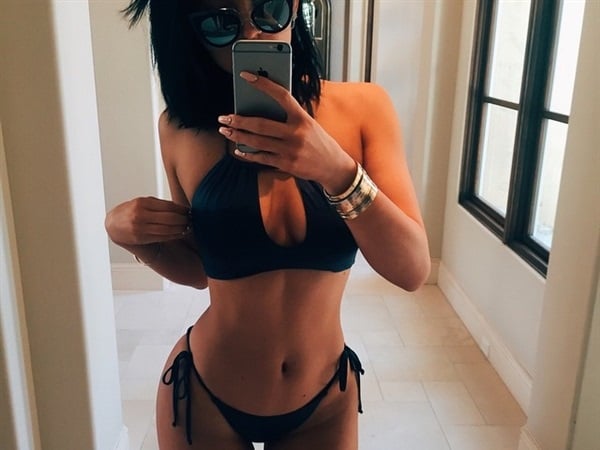 Kylie Jenner is the future of social media whoring, as evidenced by the photos below that she shared over the weekend on her Instagram and SnapChat accounts.

As you can see in the photos below, Kylie posted multiple pictures of her immodestly curvy feminine body in bikinis, and one photo showing her teenage nipple in a see through top. There is no denying that this is an impressively immoral display, and it leaves little doubt that we will be seeing much more of this sort of social media sluttery from Kylie for years to come.

Of course it should come as no surprise that at 17-years-old Kylie is something of a prodigy when it comes to prostituting herself out to the degenerate masses for attention, for as half a Kardashian, Kylie has the ideal pedigree for attention whoring. However, it is starting to look like Kylie is the most depraved of the Kardashian bunch. For Kylie has not only already begone to surgically modify her body into the absurd fat ass shape that drives the infidels wild, but she has also been banging black guys since she was 15-years-old. Not even Kylie’s sister Kim Kardashian could boast such an absurdly debauched resume at such a young age.