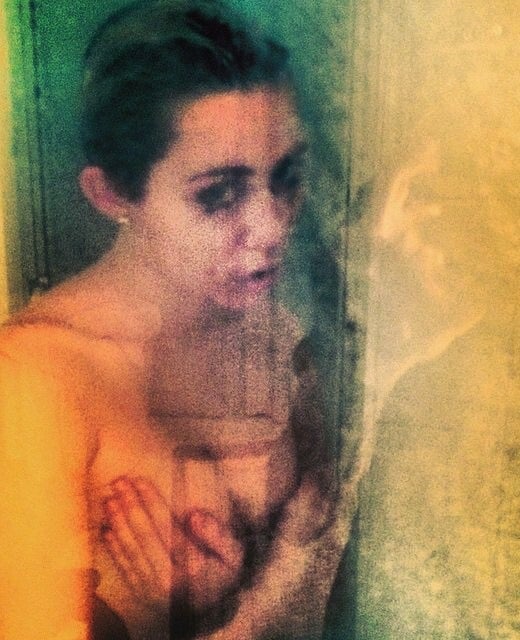 No doubt Miley Cyrus required the services of one of us virile Muslims to create this moving piece, for only the enormous testicle satchel of a Muslim man holds enough baby batter to completely drench Miley’s face and hair with enough left over to cream all over a photo.