Miley Cyrus Topless With Pasties On At A Rave 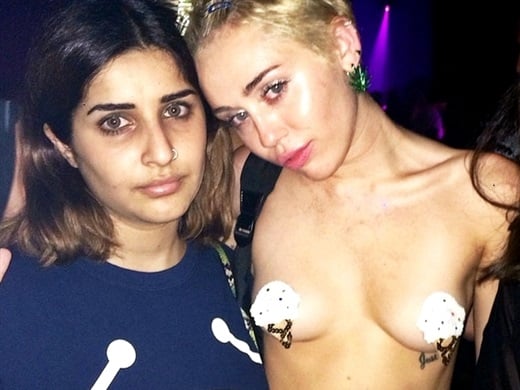 Miley Cyrus attends a rave in Brooklyn, NY while completely topless and wearing nipple pasties in the photos below.

Once again Miley Cyrus has outdone herself in her righteous crusade to promote depravity in the infidel West. For not only do these Miley photos encourage drug use and sexual promiscuity, but they appear to also glamorize being fugly and having AIDS.