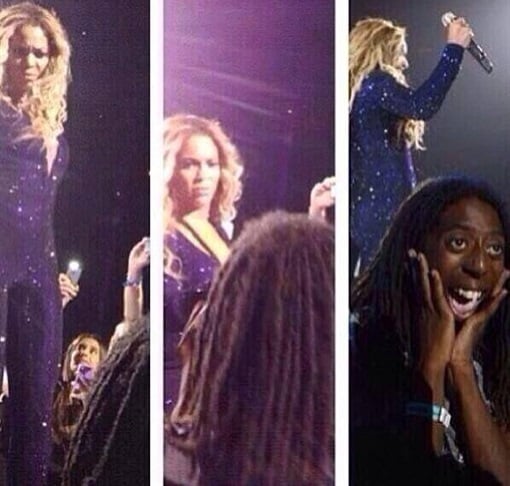 While performing in concert Beyonce was visibly shaken when she caught a glimpse of rapper Lil Wayne’s daughter LaQuisha Carter in the front row.

As you can see in the photo above, Beyonce is clearly disturbed by LaQuisha’s appearance, so much so that she cut short singing “Single Ladies” to exclaim “What the f*ck is that thing!“.

Beyonce then stormed off stage in search of pitchforks and torches, and only agreed to come back out if LaQuisha would wear a paper bag over her head for the remainder of her performance. LaQuisha complied and the show continued without a hitch.