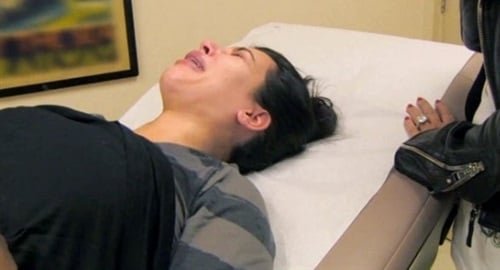 The 4 hour video was filmed this Saturday as Kim Kardashian gave birth to her bastard child with rapper Kanye West, and will be the first chance Kim Kardashian fans get to see fluids and a big black thing come OUT of Kim’s vagina.

Some highlights of the Kim Kardashian birth tape include: