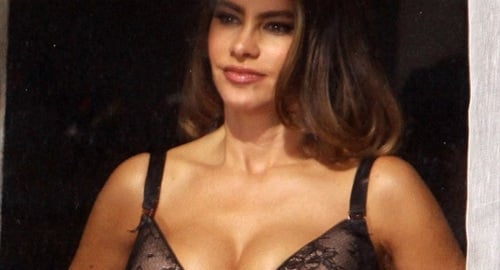 Mexican actress Sofia Vergara was caught flaunting her cleavage in the disturbing photos below.

Clearly Sofia is taking part in some sort of casting call, and when these pictures were taken she is showing the producer where she would like him to shoot his load.

These pics prove what many of us have long suspected, namely that someone with so little talent as Sofia Vergara has had more than her share of man juice blasted on her busty Central American titties in order to “make it” in heathen Hollywood.