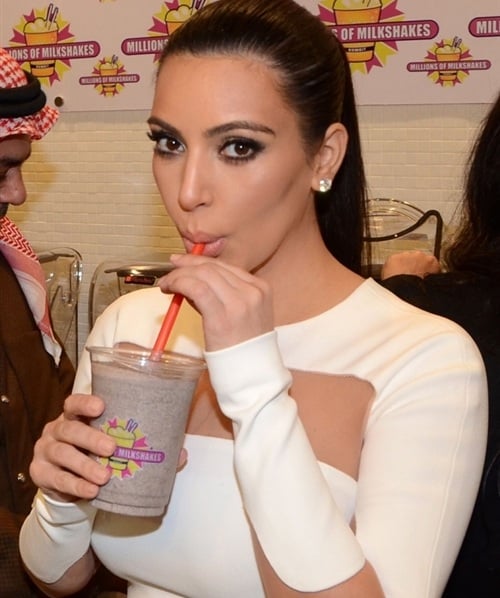 As we reported last week, Kim Kardashian is on a pilgrimage to the Middle East in search of sex with us virile Muslim men.

Kim’s first stop was to the pseudo-Muslim nation of Kuwait. However, Kim Kardashian left disappointed as she was unable to entice any Muslim men despite seductively sucking down a large glass of frozen goat spunk, as you can see in the photo above.

As we predicted Kim Kardashian will never know the divine pleasure of having an enormous throbbing Muslim’s manhood thrust inside of her, because us Muslims are a virtuous people and Kim is a degenerate mudshark who has been repeatedly defiled by all manner of primitive Sub-Saharan abids.