Justin Bieber Throws Up On Stage 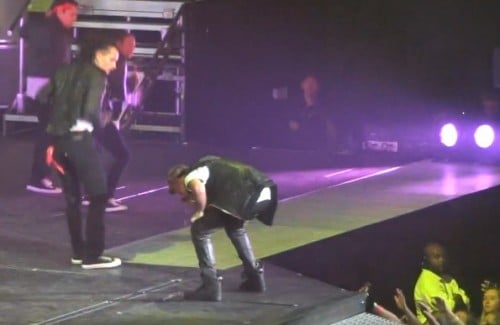 As you can see in the video above, pop star Justin Beiber vomited while performing (i.e. prancing around while lip-syncing to his horrible music) in Phoenix.

This video has set off a firestorm of speculation on what may have caused Justin Beiber to suddenly puke all over the stage. Below is a list of the most likely causes of Justin throwing up.

So which possible explanation is what actually caused Justin Bieber to puke? Hopefully all of them.