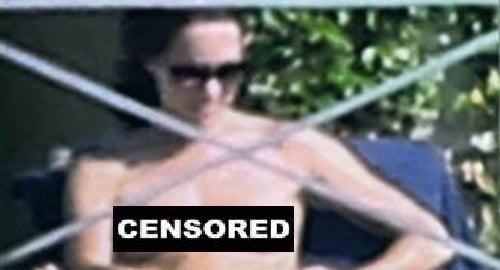 As you can see below, more topless pictures of princess Kate Middleton have been released.

Instead of doing the sensible thing and stoning Kate for her crimes, the corrupt British royal family has the gall to blame the innocent photographer, and threaten righteous publishers of the photos (like this holy Muslim gossip site) with legal action.

This Kate Middleton topless scandal speaks to the degenerate and unjust nature of the West. Clearly Kate Middleton is the one to blame for brazenly prostituting her sinful body, yet she is let off without so much as a beating, while the innocent victims (us pious Muslims) are forced to suffer with the image of Kate’s unremarkable regal tits and ass forever haunting their dreams.