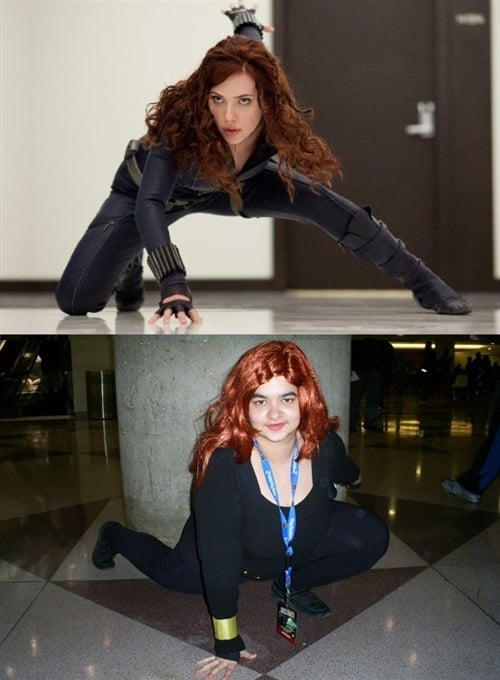 No you are not seeing double. Though they appear identical, one of the women pictured above is actress Scarlett Johansson, while the other is her body double Griselda Ruiz (I’m still trying to figure out which one is which).

As a body double Griselda will be doing all the heavy lifting for Scarlett Johansson in the new “Avengers” movie which is due out this summer. In the film Scarlett appears to be playing a crouching whore, so Griselda will be right at home in the role as she spent her childhood crouching in the vast lettuce fields of Guadalajara Mexico.

Scarlett Johansson is incredibly fortunate to have a body double that looks so remarkably similar to herself. However, if Scarlett isn’t careful she might find herself losing roles to this inexpensive Mexican knockoff. Especially if Griselda gets a hold of a green card, or at the very least a working social security number.