Taylor Lautner Sucks Off The Hulk In New ‘Avengers’ Pic 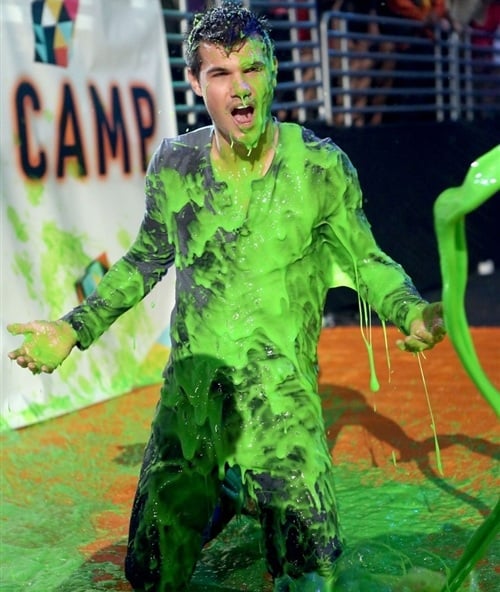 Comic book nerds throughout the heathen Western world are green with envy over this new photo from the set of “The Avengers” which appears to show actor Taylor Lautner after his flamingly homosexual superhero character “Sir Lance Featherbottom” sucked off The Incredible Hulk.

Of course Taylor Lautner was the perfect choice to play Featherbottom (whose super power appears to be a lack of a gag reflex and a super-humanly low T-Cell count) because he himself is a gay.

No word yet on how many of the beloved Marvel superheroes Taylor will blow in “The Avengers”, but knowing what we do about the Hollywood homosexual agenda a conservative estimate would be 7… and he’ll bottom for 3.