Kim Kardashian Divorcing Kris Because He Is ‘Too White’ 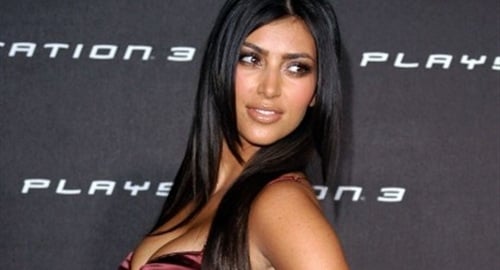 There are a lot of rumors surrounding the reason behind Kim Kardashian ending her marriage to Kris Humphries after just 72 days. Some say that the marriage was a sham for money and publicity, others that Kris was too controlling of Kim, but clearly the most probable reason for the divorce is that Kim Kardashian thinks Kris Humphries is just “too damn white”.

Before Kim would even consider dating Kris he had to assure her that he was simply “light skinned” and not a white guy. The fact that he played basketball and was inattentive to her needs helped him pull off the illusion. The first red flag for Kim came when Kris proposed to her. What self-respecting black man would willingly enter into a commitment like marriage without the need to reduce child support payments to his baby mama?

Kim Kardashian ignored this early warning sign and continued on with the wedding. Unfortunately this was just the beginning of Kris’ whiteness rearing its ugly head. During their honeymoon phase Kris acted especially white, he was thoughtful and appeared to be enjoying himself while spending time with Kim, to her dismay.