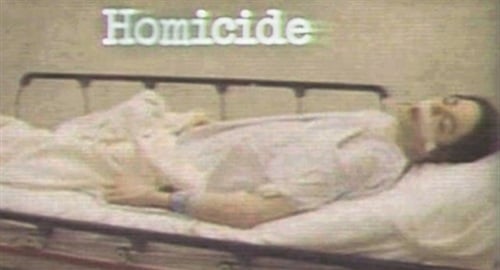 Apparently prosecutors do not realize that Michael Jackson was a 70lbs pedophile drug addict with no nose. Frankly I am surprised that this doctor was able to keep Michael Jackson from imploding into a pile of dust and kiddie fluids. The man should be congratulated not persecuted!

Maybe it is just my love of seeing dead celebrities, but I think Michael Jackson’s corpse looks good… and I mean REALLY good. I just know I will have sinful thoughts when my mind wanders to this picture later tonight. Allahu Akbar!