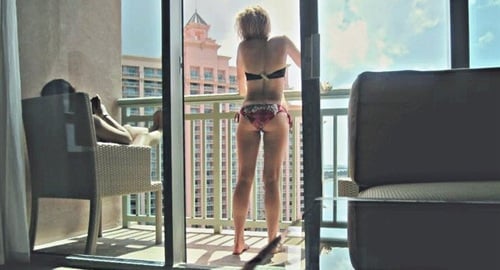 You may recognize Emily Osment as the star of “Spy Kids” and co-star of Miley Cyrus on “Hannah Montana”, or from the picture above of the blonde slut with the tight ass.

With such a firm and round posterior, Emily Osment would be great at working the plow, and would thus make a fine Muslim wife. She would be wise to submit herself to a powerful Muslim man and procure his seed before she ages and her ass begins to sag and look like the surface of the moon.

Emily Osment has a small window to grasp what most Western girls can only dream about, being a Muslim man’s woman. Needless to say I expect her to seize the moment, give up her career in Hollywood, and birth many fine Jihadists to be used against the Zionist crusaders. Allahu Akbar!