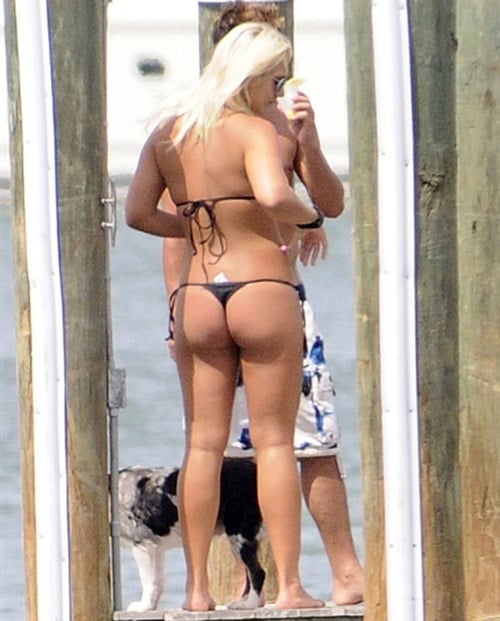 Look at this picture of the mighty Hulk Hogan wearing a thong bikini. I’d recognize that golden blonde hair, square jaw, broad shoulders, and enormous arms anywhere, that is definitely the Hulkster.

I can not say I am surprised that Hogan is running around in a woman’s bikini, he has always been a major fruit. The greatest wrestler of all time and a picture of manhood, the Iron Sheik, exposed Hulk Hogan as a lady boy a long time ago. If it wasn’t for a series of fast 3 counts by Zionist wrestling referees Iron Sheik would have been undefeated against the cream puff American Hulk Hogan.

First Hulk Hogan’s husband Linda divorces him and now he is running around in a thong in a desperate attempt to score some man meat. Oh how the mighty have fallen… brother!