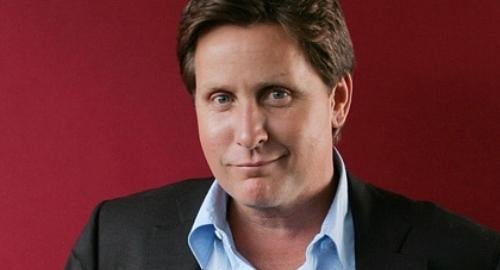 There has been a lot of controversy surrounding my brother, Charlie Sheen’s (real name Carlos Estevez) recent article in which he conducts a fictional 20 minute interview with Barack Obama chastising him for not re-investigating 9/11.

As a sign of solidarity with my brother Charlie I have decided to write my own fictional interview with a political leader. I call it “10 Minutes With The Vice President”.

Emilio Estevez – Good afternoon Mr. Vice President, thank you so much for taking time out of your demanding schedule.

Vice President Joe Biden – My pleasure, the content of your request seemed like something I should give a crap about.

EE – I should point out that I voted for you, as your promise of reviving long dead acting careers of 80’s stars struck an emotional cord in me.

VPJB – Ahh I made no such promise Emilio, but I am a big fan of your work.

VPJB – I really enjoyed the Breakfast Club that was a great film.

VPJB – Ahmm… Those Mighty Ducks movies were great to watch with the kids.

VPJB – I’m sorry I don’t really know what else you want me to say.

VPJB – Yes what about it?

VPJB – I’ll actually never forget were I was on that sad day. I was on the floor of the Senate preparing to vote on a bill when

VPJB – Ahh yes. Anyway like I was saying. I remember Senator McCain came running up to me and

VPJB – Alright so Senator McCain came up to me

VPJB – I’m sorry I’m not going to sit here and be quacked at by some has been actor!

VPJB – OK I give up! I can’t take it anymore! Yes 9/11 was an inside job. Powerful forces in our government used Eastern European jackals to pack the support columns of the World Trade Center buildings with military grade explosive nano-thermite. They did this to justify spending hundreds of billions of dollars on 2 wars, to destroy American freedoms with the Patriot Act, and to advance their goals for a New World Order. And yes now President Obama and I are continuing the plan because we are just puppets to the global financial elite. Are you happy now!

*Vice President Joe Biden then storms out of the room