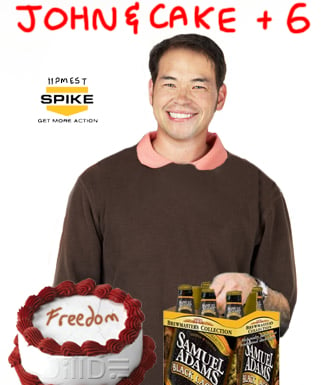 Jon and Kate Gosselin announced they are getting a divorce, and TLC has temporarily halted production on their show “Jon & Kate Plus 8”.

But never fear Gosselin lovers. Spike TV has signed a deal with Jon to do a new reality show tentatively titled “Jon & Cake Plus 6”.

Follow Jon as he adjust to his new bachelor lifestyle. Watch him walk around his apartment in his underwear, get lap dances from strippers, and have sex with many strange and exciting women!

The show is scheduled to start shooting in July and will be the centerpiece of Spike’s fall lineup.