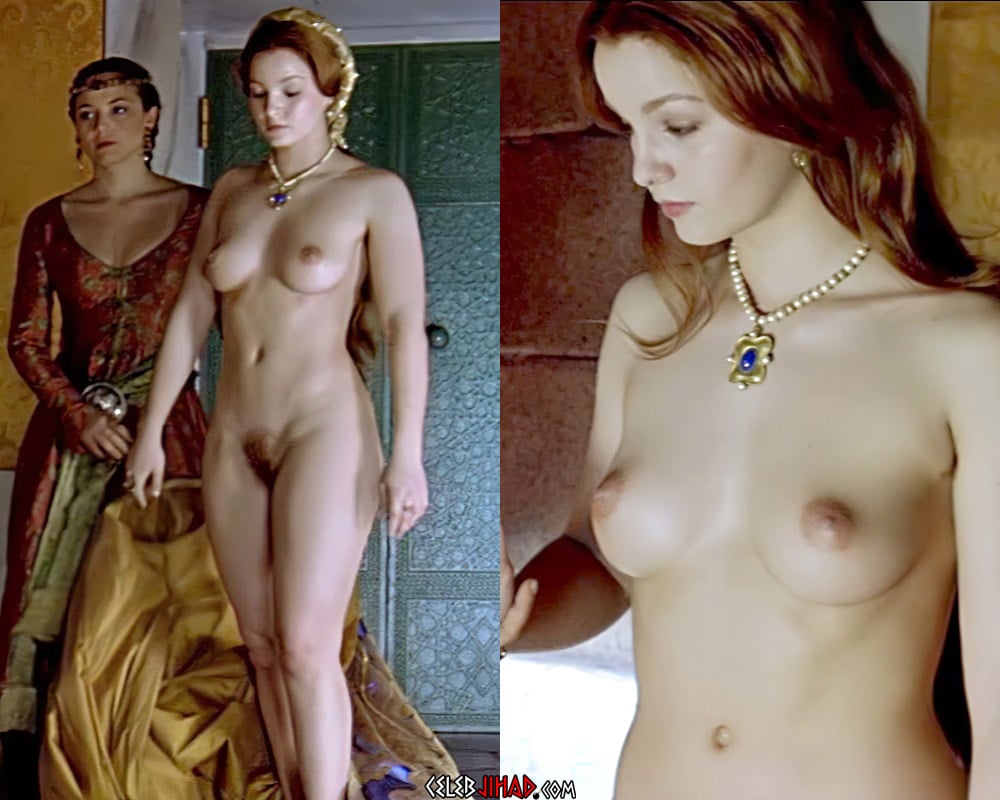 There is certainly nothing Nubiola about Esther’s body in this nude scene, for at the time of filming it was already an absolutely ancient 21-years-old. However, that is no excuse for the flaming homofag infidel that she climbs on top of not being able to get it up and give it to her hard.

Of course being a limp dick loser has been a common problem amongst the kuffar males throughout history… Thus saucy wenches like Esther were constantly in an extreme state of sexual frustration, as they fantasized about powerful Muslim men in far away lands.
Esther Nubiola Nude Scene From “The Maidens’ Conspiracy” was last modified: March 23rd, 2022 by Durka Durka Mohammed